In 1971 Neil Young began his search for a Heart of Gold. Had his quest continued for another dozen years or so, he surely would have discovered one in a baby girl, born in the northern part of Bedford County, Pennsylvania in 1983.

And it didn't take long for those associated with the proprietor of this heart of gold to realize that the young lady possessed something not only vast in size, but rare and precious, too.

A young witness
At about three years of age, this same little preschooler apprehensively observed an antlerless deer trotting through the neighbor's property one Saturday morning. As the doe crossed a highly traveled road, the tiny tot anxiously hoped and prayed that the deer would make it safely to the open field on the other side of the highway. But, it was hunting season, and within seconds of entering the field, the little one witnessed the doe fall to the ground as it was shot and killed by a hunter.

Her mom tried to console the little one with a lengthy explanation of hunting season and its intended purpose, but it did little to suppress the child's anger, frustration, and sorrow. With tears in her eyes and a genuine concern in her heart, she inquired, “What are we doing to save the world anyway?”

And her heart continued to grow
An animal's class, order, or species made little difference as the little girl began growing up and going to school. Always interested in animals, she was eager to learn everything she could about them.

Her concern for tadpoles, frogs, bunnies, and baby turtles developed into more of a fixation as she felt the need to care for all of God’s critters.

She put to practice what she felt in her heart, too. It was common to find a pet turtle in her room at home and later again in her dorm room throughout her college years.

Room in her heart for people, too
Her chosen field of study further exemplified the young lady's desire to offer care – but now, her concern was not only for animals, but for children as well. Choosing a career caring for special needs children seemed like a perfect fit. She also included sign language courses in her studies to better assist those children she may encounter with hearing disorders.

Truly, one of a kind
I had the pleasure of knowing this young woman her entire life and she was an excellent student in my science class when I taught school. On a personal basis, I’ve never met anyone quite like her.

When I organized river floats for various charities along the Raystown Branch of the Juniata River, she was there bright and early every one of the six years of the event. Manning her table, she sold t-shirts, collected registration forms, and sold raffle tickets until well into the afternoon. And she willingly gave up her Saturdays to do so.

I also attended some funerals and viewings through the years when local residents passed on. Her eulogies, spoken on behalf of her grandparents at their funerals, were moving and memorable, too. For those attending the ceremonies, there was no doubt in anyone’s mind that her words came from her large heart – a heart so soft and kind, yet made of a precious metal.

Even Christmas takes a back seat
Her family remembers well an incident that occurred during a Christmas celebration at her parents’ home one year. Worried that she was late in arriving, they later learned the reason behind her tardiness.

The young lady was driving on her way to the holiday get-together when she saw an elderly man along the roadway. It was a cold and windy day with snow on the ground, but she felt compelled to stop. She discovered that the man had lost his dog and was out in the frigid weather, searching for it. She arrived at the gathering later, informing the family of the good news. With her help, the man did locate his lost pet. And none of her family members were surprised to learn the reason for her delay.

More rescues
One of the future aspirations of this lady with the heart of gold is to open a dog rescue center for the abandoned, old, sick, or disabled dogs that people no longer can care for. But, in the meantime, she has opened her home to at least three dogs that she personally rescued (and assisted numerous others with adoptions) from situations where they had little hope of having a caring home of their own.

She recently opened her home and her heart even further when she offered to foster one of the special needs students in her classroom. Later, with her heart ever swelling, she adopted Tiffany as her own child. Today, the mom shares her heart of gold with her daughter and the rescued dogs. There seems to be no limit to what this caring lady will do. She lives every day carrying out her desire to help and assist, with love, in every way she can.

One minor difficulty lies ahead
Knowing this individual as I do, one problem comes to mind. I’d gladly bet my Social Security check that her driver’s license lists her as an organ donor. As thoughtful and caring as she is, how could she not be?

Herein lies the dilemma. Should doctors choose to transplant her heart someday into that of a recipient, they’re very unlikely going to find the available space in any other human. The chest cavities of most humans simply lack the volume to accommodate her huge and affectionate heart.

Yes, if Neil Young is still searching for that Heart of Gold today, he’ll find it inside a very extraordinary teacher working with students in her life skills class in the Chestnut Ridge School District. Her name is Kecia Scott. You too, will find her there, doing everything she can on a daily basis to “save the world” in her own special ways. 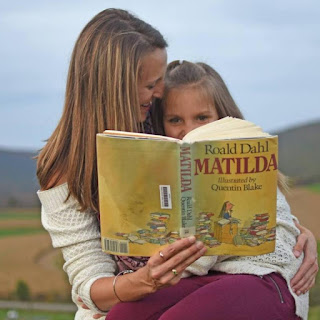 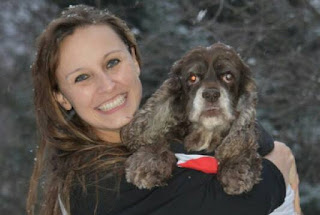 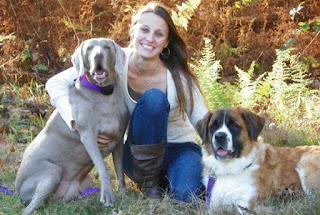 Author's Note: My attempts at writing old stories will come to an end with this calendar year. It has been a pleasure reminiscing those good old days with my readers.